I must confess that while I was a serious reader back in grade school and all throughout high school (by serious, I mean I read the classics, mythologies, heck, I even read encyclopedias), my guilty pleasure was Sweet Valley. I started out with Sweet Valley High, then Sweet Valley Teens, and I even read a couple of Sweet Valley Kids. Then I moved on to Sweet Valley University. Most of my lunch breaks were spent reading these books and most of my Christmas shopping money went to buying the latest edition of these series. I practically grew up with the twins (well, them, and Nancy Drew) and I know a lot of my friends can relate.
So when I heard earlier this year about its release, I was so excited. I mean, we rarely get conclusive stories to our favourite series (yes, I am talking about the Vampire Chronicles and Lestat) and I was only too happy to be given this, and to be written by Francine Pascal herself, after having most of the series written by ghost writers.
Well, turns out, that excitement was all for naught. I could barely get through each chapter, especially those pertaining to Jessica. It was just unbearable to read her lines, peppered with “so” and “like” that the only thing so keeping me from throwing the darn book, was because I paid, like, almost Php900 for the hardbound copy. And don’t even get me started on the editing. I mean, given that there are hundreds of books in the Sweet Valley Universe and who knows how many ghost writers, there’s bound to be a couple of continuity issues, but within the same book? And can’t they even get the names consistent?
To be fair, I did find the book a bit entertaining and offered a bit of closure, except that I didn’t expect the ending to be like this.
Shocker # 1 – I never, in a million years, thought that Steven would turn out to be gay. And according to the book, he had been having affairs left and right, and apparently, had been a sort of heart breaker even in high school. Wait. Steven? Heck, I thought he was the older, responsible brother who didn’t date around? And now this book is telling me he’s been having affairs with women, apparently to cover up for his identity issues. What’s the point of having this storyline? Was Francine trying to be more relevant with all the gay/lesbian themes rampant nowadays? She should have left Steven alone.
Shocker # 2 – Jessica is now with Todd. Whoa. Didn’t see that coming. Oh wait. I did. Actually, after all those Diary editions started coming out, I figured something like this would happen eventually. So much cheating and stealing boyfriends behind each other’s backs. I just didn’t really think Francine would go through with it. Oh, and Todd is now a writer. Seriously. 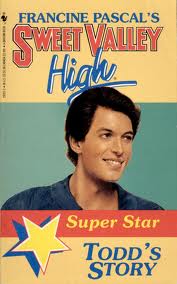 Shocker # 3 – Bruce Patman is in love with Liz. Bruce has never been my favourite character in the books, but after that plane crash accident in college with Lila, I felt that he has improved a lot. And I quite agree with this pairing (well, if Liz can’t have Todd, at least she has the rich and impossibly gorgeous Bruce; though from the book covers, he doesn’t strike me as handsome, more like smug). 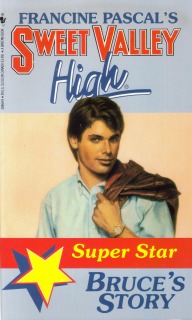 Shocker # 4 – Liz apparently sleeps around. Ok, so the books only say that she slept with Will Connolly, the playwright she was supposed to interview and ended up being friends with. (might I correct – friends with benefits). But there are some vague statements implying that she does – such as when her boss drops her off at her apartment in New York and she contemplates sleeping with him to shut him up. I don’t like this. It deviates too much from the Liz I knew, the one who wouldn’t even sleep with Todd (and Tom Watts, later in college).
Shocker $ 5 – Winston is dead. Apparently, he alienated himself from his friends when he suddenly got rich over a dot com venture with Bruce. That and the fact that he caught Jess and Todd at their shared apartment and had to cover up for it so as not to hurt Liz. Why kill Winston? I liked Winston.
There were countless other shockers, and inconsistencies in the book. And rather than bore you with my account of them, I found this website on the internet which chronicles practically all the books. It’s quite fun reading it, felt like relieving my high school life.
And, pardon me but I just have to point this out. Why did Francine have to set the book in the present? The fact is, we all know that Ned and Alice got married sometime in the 60s. They were hippies, remember? And they listened to Bob Dylan’s Blowing in the Wind, which was released in 1963. I know because I’ve read the sagas so many times I must have memorized them. That would mean the twins would be in their mid to late forties by now. BUT NO. In Confidential, they are only 27. Which would mean, it should have been set sometime in the late 80s or early 90s for it to be logically possible. And I am pretty sure Facebook wasn’t around then.
Needless to say, I am disappointed with this book. Probably the only reason I finished it (other than the price, as I mentioned) is because I was a fan of the original series and I needed closure. But if Francine thought that by writing this book, she would get new followers, she’s so wrong. I would not recommend this book to anyone, save my old high school friends who loved the series like I did.