So after a long time of nagging, our little family unit finally reached Disneyland. Knowing that I am not much for walking and with Joey in tow, I got us two-day tickets.
And the photo vomit begins. Apologies, I couldn’t make up my mind which photos to use. 😀
I don’t really like rides in theme parks (I have a fear of heights) but I knew I couldn’t leave without having my photo taken with the characters I grew up with so we spent quite a couple of hours lining up for photos with Mickey and the gang.
Joey wasn’t too keen on queuing up for photos and he was barely tolerant after Mickey but one thing we didn’t expect was how his face lit up when he saw Donald Duck! He started shouting, “Mom, it’s Donald Duck! It’s Donald Duck!” Ipe and I ended up laughing at the starstruck kiddo who readily agreed to line up for Donald Duck!
There are a lot of restaurants in the park and if you prefer not having to wait and stand in line, you can have seats reserved for you at the guest relations office at the park gates. But of course, we just took the cheaper route and had our meals food court-style.
We particularly liked the Star Liner diner which was air-conditioned and not too crowded. An amazing feat actually – that the queues here didn’t take us so long even though it was a long weekend and there were lots of visitors.
Most of the rides and shows here are kid-friendly. In adult-speak: BORING. But while I may be an adult in terms of years, I’m still a kid at heart and I enjoyed everything as much as Joey did.
A few months before our trip, I downloaded the Disney app on my iPhone so Joey had a pretty good idea of the park’s layout. So he was very adamant that I take him to the shooting game, which, of course, I had no idea what it was. A good thing Joey knew where it was (smart kid) – the Astro Blaster game with Buzz Lightyear.
Toy Story Land and Adventure land were our last stops (we went to Tomorrow Land and Fantasy Land on our first day). Adventure land was a bit of a snooze though, but I did like the boat ride and Joey couldn’t get over the boat filled with skulls (fake, of course) and a fiery volcano that literally had us sweating.

At the end of the day, around 4-5PM, all the mascots gathered round for the Mickey Parade along Main Street. One nifty trick of this parade is that the mascots will drench you with water (distilled!) so I didn’t get very good shots for fear my camera will become a casualty. 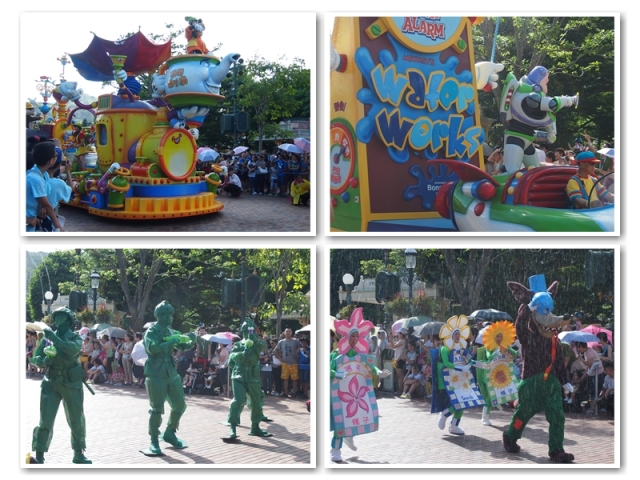 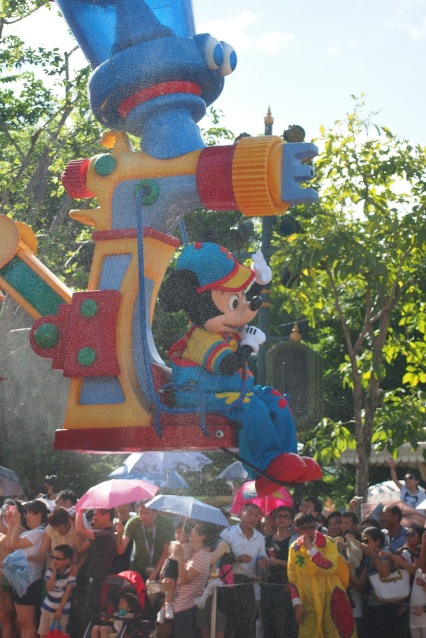 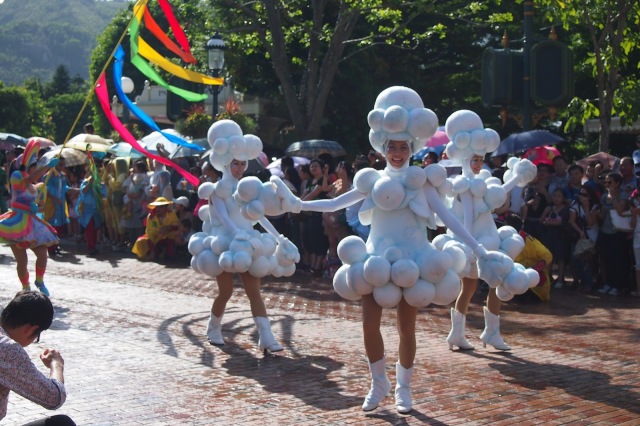 The Disney princesses! I didn’t get a picture of Snow White, though, as she tried to spray me with water and I had to duck. Hahaha!
We went to grab some snacks at the Bakery along Main Street. Look how cute this tart was! 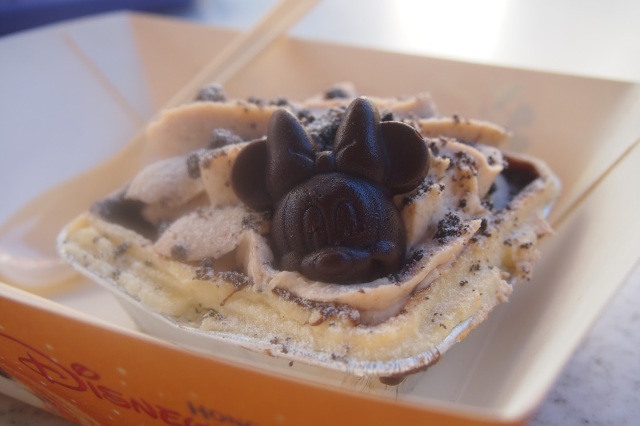 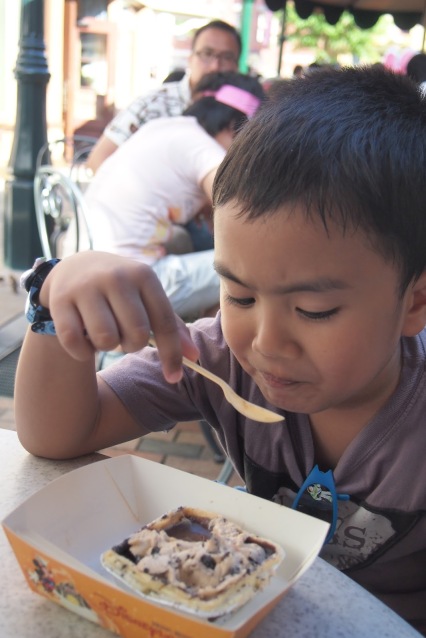 Unfortunately, my camera died a few minutes before the fireworks display and I had to rely on my trusty iphone. Too bad.
Most travel forums I’ve visited said that one day is more than enough to enjoy HK Disneyland and a lot of them complained that it was rather small. Well, I beg to differ. Got us two-day tickets and it was still not enough. There were just too many rides, shows, and whatchamacolit to see – and mind you, queues weren’t even long. So we are definitely coming back for more! See you again, Mickey!