Before you dismiss this movie as yet another fairytale remake, let me tell you: it’s not. It’s actually a prequel set years before Dorothy and Toto ever got sucked by a tornado and landed on top of the wicked witch, a story not fully explored in detail in previous films or in the book (at least the first one, since I haven’t read any other Oz book).

The movie unfolds in black and white and in the old screen width ratio, a homage to the 1939 classic starring Judy Garland, with Oscar “Oz” Diggs (James Franco), a small-time magician and womanizer from the Baum Family Circus in Kansas. One day, the circus strongman finds the music box he gave to the former’s sweetheart (apparently, Oz tells unfortunate ladies that the music box belonged to his grandmother as a means to gain their sympathy and devotion) and goes on a jealous rampage after Oz.

Forced to escape on a hot-air balloon, the unlucky Oz gets swept by a tornado and lands in Oz – with the screen expanding to its now standard width, and bright color exploding right before your eyes, much like in the old film.
Pretty much every scene from here on are displays of spectacular CGI.
And not much else.
For one, Franco appears to be miscast as the wonderful wizard of Oz and even one of his line,
“I’m just not the man you wanted me to be,” kind of foreshadows this. Rumor has it that Johnny Depp turned down this role and so did Robert Downey, Jr, both of whom would have been perfect for the role. As it is, Franco may be a good actor but he is just not as adept at portraying larger than life characters, and cannot pull off the campiness that the movie required.
Furthermore, the background story on why the Theodora became the evil witch is a bit forced – she had a little of good at first but in the book, she was nothing but bad. However, I kind of guessed as much. After all, while Mila Kunis is gorgeous, she doesn’t exactly look angelic and yes, I am judging the book by its cover. However, her acting comes off as a bit stunted, as if she wasn’t sure what to do next and just decided to plunge headlong into the unknown.
The only good portrayals are those of Evanora (by Rachel Weisz) and Glinda (Michelle Williams). I have always been fans of both, back when Weisz starred in that box office bomb Chain Reaction and Williams was a sort of second-string to Katie Holmes in Dawson’s Creek and I guess, the fact that they are still very much visible in Hollywood is a testament to their talent. I can think of a handful of other actresses who would have been good witches as well, but I can’t really argue with the casting of these two (too bad because we all know it’s Evanora who gets squashed by Dorothy’s house when she arrives in Oz).
And funny enough, but the most endearing characters in the movie aren’t even real – the devoted flying monkey and the nameless China girl. 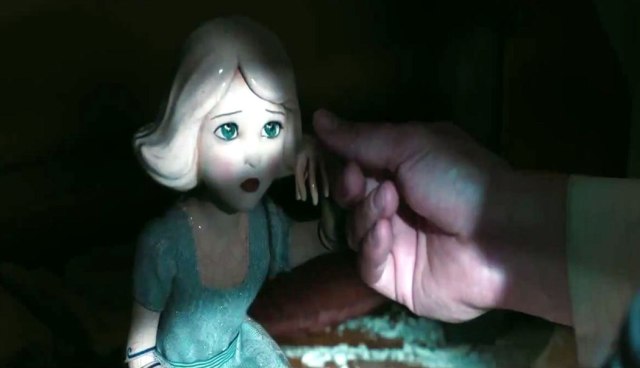 For what it’s worth, I did get a few laughs (and shed a few tears) and the little boy wanted to watch it again as soon as the end credits rolled in. As an afterthought, Hollywood may have hit a jackpot turning fairytales into movies – we all know there’s practically an unlimited source material from every corner of the world. And fairy tales seem to be the in-thing nowadays, perhaps because everyone could use some sort of escape from real life.

*All photos from Disney.