I took the day off to attend Joey’s recognition day at school since hubby couldn’t make it. The little brat couldn’t be happier – he kept asking if I would really be spending the day with him and if he can sit beside me in the auditorium.
The ceremony was quite loooonnnnggg – as in more than three hours long (plus an hour of waiting) due to the fact that all students get awards (something I seriously don’t understand – why give out multi-discipline awards to make up for their not being in the honors list?). And every batch had to perform a dance/song number. The kids were quite antsy halfway through the program, running around the place. And even before the academic awards were handed out, even the older kids were shouting and running.

Anyway, sooo proud of the little boy. He kept saying he’s only number 2, but I told him, two is more than good enough for mom. There’s always next year. 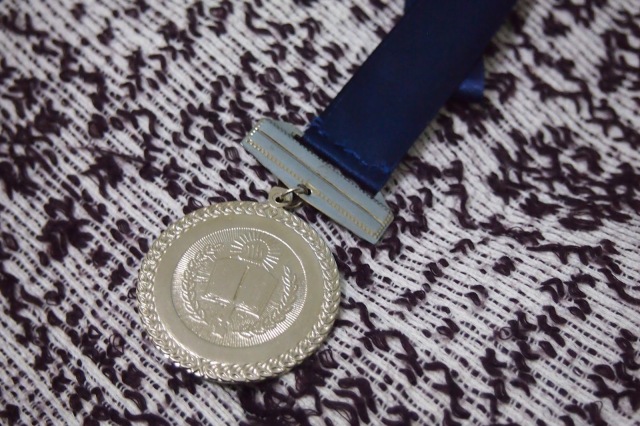 Since it was just us (it was hubby’s first day at work plus the hubby had a dinner party to go to after; plus I had to rush home to get some work done), boybie and I just stuffed ourselves full with some comfort food. I promised the brat we’ll celebrate properly together this weekend.