One of my favourite pastimes is organizing events/travels – hubby has learned to trust my decisions when it comes to planning our trips (although he complains that I spend way too much on hotels) and family events (yes, I planned our own wedding from scratch). So I was very excited to have not one, but two major events to plan for earlier this year: Joey’s 7th birthday and Jorge’s baptism.
Jorge was born less than three months away from Joey’s birthday so we decided to have just one celebration (less expensive, not to mention, less of a hassle to plan on our end, and for relatives/friends to troop all the way to the event venue).
I was quite busy the first half of the year but thankfully, the church was a no-brainer: we stuck with St. Francis in Mandaluyong since it was where Joey was baptized (and where my parents got married back in 1979). We were such last minute planners we actually registered at the church one week before our planned date. Hahaha.
The baptism finished shortly after 12nn but Joey’s party was at two, so we herded everyone and treated them to snacks at Mary Grace while waiting.
Anyway, planning the party was the hard one. We initially thought of doing it at Shakey’s (since everybody eats pizza, the place was near the church, and it was more pocket-friendly) but Joey wanted a Star Wars/Lego party and Shakey’s only allows Justice League/generic themed-parties. I didn’t have the heart to disappoint the little brat so we looked for a place that would allow us the freedom to have our own theme.
I didn’t realize so many kids were celebrating their birthdays! We started looking at venues quite late – practically two weeks before Joey’s birthday and all the places we wanted were booked up until end of February, and we ended up getting a late March date at Kidzville.
What I loved about this place was that while it was in a mall (Podium), said mall was not very crowded. Plus, since they weren’t affiliated with any particular company, we could very well have whatever theme we wanted. Google was our friend looking for Star Wars stuff – we got plates, tumblers, and forks from an online vendor over at Sulit. We would have ordered other party stuff from Singapore but we were afraid they wouldn’t make it before the party (not to mention, a single standee was worth Php2,500!!!).
If you have any idea on how meticulously I planned our own wedding, then you probably wouldn’t be surprised that I dragged the hubby to Divisoria for a few weekends to hunt for Lego stuff. Unfortunately, we didn’t find a single party store with Lego materials although we did find some fake Lego toys from China. I did get some cute table markers for the party.
Since it was a Lego-themed party, we requested the venue if we could use black, red and yellow balloons and we added a balloon package so that the room wouldn’t be so bare. Hubby selected Star Wars songs which we played from his Mac throughout the party. 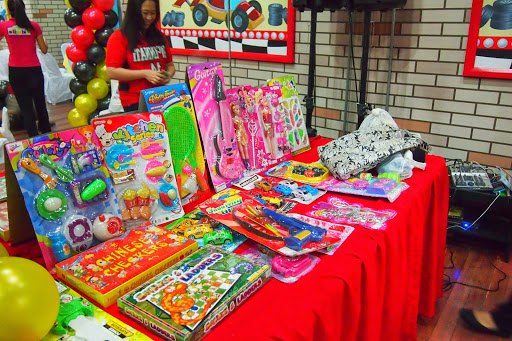 As with the cake, Kidzville also had an in-house caterer, The Creamery Catering, so all we had to do was pick the menu for adults (I got the seven dishes rate). The kids’ menu was fixed though, consisting of spaghetti and chicken and snow cones.  Food was really good, from appetizer (assorted canapés) up to dessert (brownies)! I actually went back for seconds, and ate some more of the leftovers when we got home. 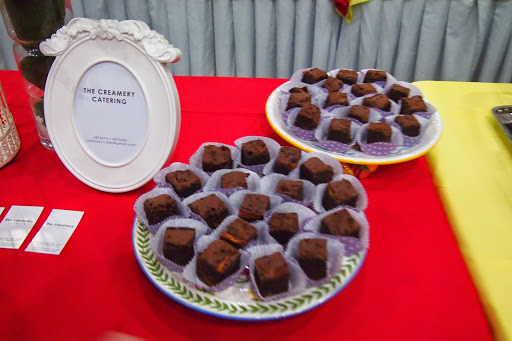 Of course, Joey had to wear a costume but hubby and I couldn’t find one (or to be more precise, we didn’t have time) so we bought some fabric from Carolina’s, a light saber from Toy Kingdom, and some brown boots from Payless. Good thing our yayas were quite adept at hand-stitching everything and were able to finish his cloak before the party.
We originally thought of just having parlor games but decided at the last minute to hire a magician – one of the best decisions about this party! It would have been quite boring if the kids only had to play several rounds of Trip to Jerusalem! We also got a photo booth although I guess photo booths are quite passe already that only our yayas went for numerous shots. Hahha!

One of our main games was the costume contest. I wanted to go as Queen Amidala but wasn’t able to rent a costume but I was so happy that the kids came in costume. 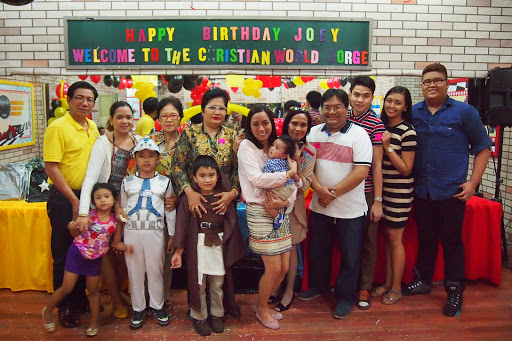 Some tips in party planning:
I can’t wait for our next big event: Jorge’s 1st birthday in November!

12 thoughts on “The World According to Joey and Jorge: Let’s Star Wars Party!”