Vienna may be famous for music but there is one other thing it is famous for: the sacher torte, aka the most famous chocolate cake in the whole world. So famous in fact, that December 5 has been designated as National Sachertorte Day.

The sachertorte actually has royal beginnings. Back in 1832, Prince Wenzel von Metternich asked his chef to come up with a special dessert for his royal guests and the chef’s young apprentice, Franz Sacher, came up with this chocolate cake.

It didn’t immediately gain the fame it would later have until Franz’ son, Eduard, tweaked and perfected the torte during his training at the Demel bakery where it was first served, and later on at the Hotel Sacher, which was established by Eduard.

Anyway, now the torte is served in various cafes and pastry shops all over Vienna and my friends and I set out to eat just about all the versions of it that our tummies could handle. First stop: Aida.

Aida is quite hard to miss as there are almost three dozen shops all over. Its pastel pink interiors with its name written in big cursive letters and the undeniable scent of confectioner’s sugar and coffee drifting out of its windows stand out amidst all those historical buildings.

I am quite a predictable coffee drinker in that I prefer the traditional flavours – which is probably why I felt right at home there: I got myself a nice cup of cappuccino to wake me up for our 1st morning in Vienna, and a fruity tart to go with it. Coffee was good, not outstanding but I could definitely get used to it.

We also tried their apfelstrudel (apple pie), which was quite different from the apple pies I’m used to; it was starchy and not overflowing with crunchy apples. But with a nice scoop cream, it more than made me a happy camper. 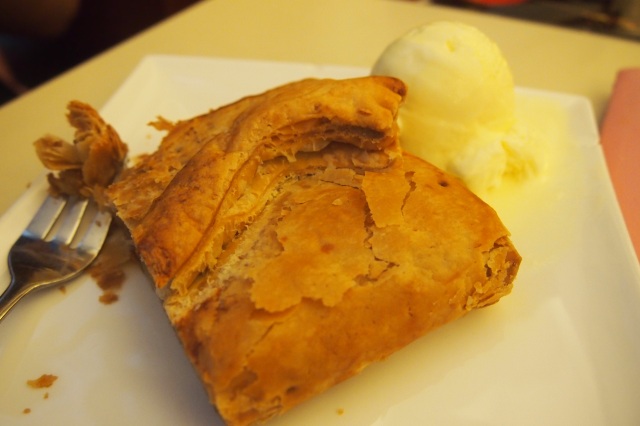 Aida is famous for its wide array of tortes (or cakes), and since we were in in Vienna, why not try their version of the sachertorte? And at the risk of sounding cliche, we also tried the Mozart Torte, a dark chocolate sponge cake with nougat and pistacchio marzipan all topped with fondant icing. It even had a chocolate button with Mozart’s profile on it!

Our quest for the sachertorte didn’t end at Aida. We also tried the sachertorte at the Gloriette of the Schonbrunn, which tasted okay, though I found it a bit too dry for my taste. 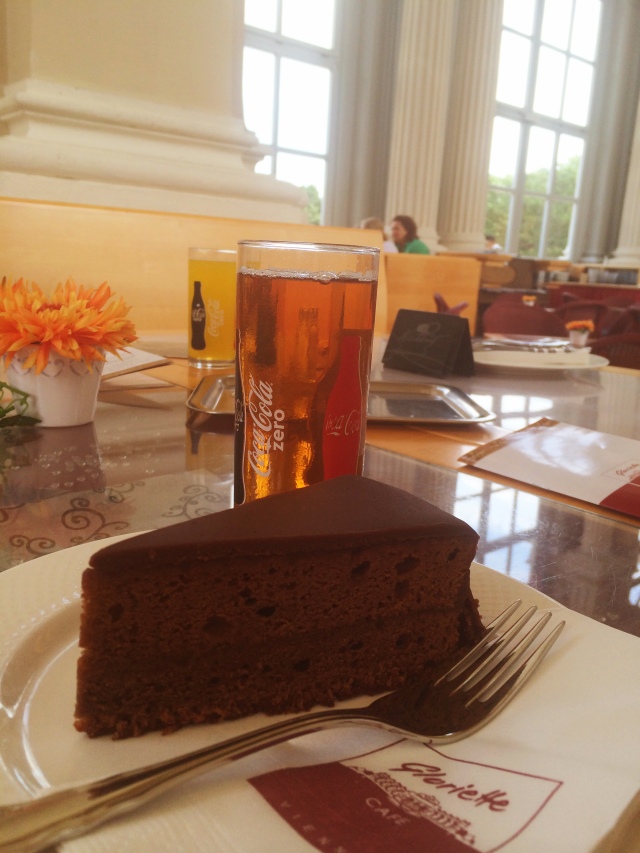 As I mentioned earlier,the recipe for the sachertorte was perfected by Eduard during his training at Demel so I knew we had to find this bakery. It took as a bit of going around side streets and alleyways with hard to read much less pronounce names, but thanks to our trusty trip advisor app, we found it a few blocks away from our hotel at the St. Stephensplatz.

Now, there had been legal battles surrounding the sachertorte – after all, Eduard served it in his Hotel Demel (which later filed for bankruptcy) while the “original sachertorte” was offered by Demel. When his widow Anna died and the Hotel Demel filed for bankruptcy, his son Eduard (yeah, same name) became an employee at Demel, bringing with him the right for the Eduard Sachertorte. Anyway, the two establishments slugged it out in court until they finally settled it by letting the Hotel Sacher have the rights to use “the original sachertorte” while Demel was given the rights to put triangular seals on their cakes bearing the words “Eduard Sachertorte.”

Demel was packed! I don’t remember anymore if there was a third floor, but we found ourselves sharing a small table at the 2nd floor of the building. And of course, we got the sachertorte and apfelstrudel. Their version of the former had one layer of jam between the chocolate icing and sponge portion. It’s not your usual chocolate cake, since it is not fluffy or chocolatey sweet but rather dense and has a light tinge of bitter cocoa that saves it from being overwhelming.

The apfelstrudel at Demel was better than at Aida’s, perhaps because I found it had more apples and had a nice sprinkling of powdered sugar.

Since we’ve tried just about all versions of the sachertorte in Vienna, we couldn’t let our visit end without going to the Hotel Sacher now, can we?

The Hotel Sacher, a five-star hotel in the vicinity of the plaza, serves sachertortes that are made using the secret recipe that Franz Sacher created almost two hundred years ago. Hundreds of thousands of sachertortes are made almost entirely by hand by its staff every year, to be served in its cafes and restaurants, or bought as souvenirs. They also accept orders (even online!) which can be shipped to various cities all over the world. 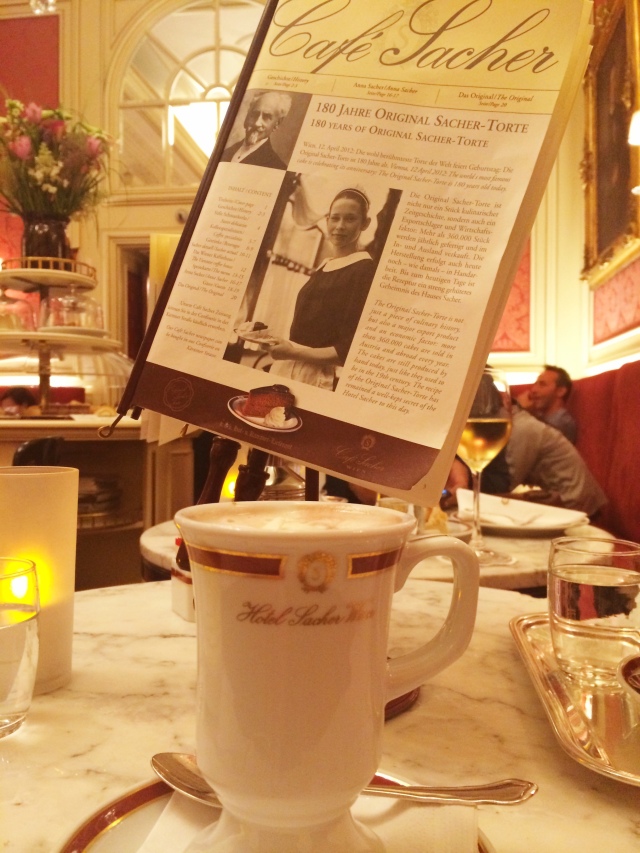 This version of the famous cake has not one but two layers of jam compared which I loved, since it broke the monotony of too much chocolate. I also found it fluffier and more moist (at least as moist a cake in Vienna could probably get), and therefore, more to my liking.

Well, of all the sachertortes I’ve tasted, I’d give my money to Hotel Sacher, since I prefer the taste of their chocolate (dark and smoother) and their fluffier sponge cake. Plus, the ambience is perfect for catching up with friends without the crowd.

Now, I wonder if they ship to Manila? 😀

One thought on “Vienna: The Pursuit of the Sacher Torte”